Most people who walk into Laurel Hill for the first time are struck by the size of the place. Our 78-acre property sprawls between Ridge Avenue and Kelly Drive to the east and west, and between the neighborhoods of East Falls and Strawberry Mansion to the north and south. It’s a large, open, green space in the middle of a very developed city, and we’re often asked about how and why it got here. To give you that answer, we need to stop for a brief history lesson…

Burying bodies used to mainly be done on private properties, or on consecrated grounds around or below churches. This system worked well enough until the Industrial Revolution came along and changed things dramatically. Suddenly, two things were happening at an alarming rate: city populations were booming, and available space was being built shut.

Larger populations meant larger numbers of people dying; fewer open spaces meant there wasn’t anywhere to put them. This problem began to spiral out of control very quickly. With the demand for burial space far outpacing the supply, churchyards became overcrowded, filthy, and dangerous. This was not a problem specific to Philadelphia – it was happening all over the world. There are reports of London churchyards raising up 3 meters higher than their original level, thanks to the overwhelming number of bodies being buried in dwindling space. In some of the worst cases, coffins were stacked on top of one another, with the ones at the top sometimes being covered by scarcely more than a few inches of dirt.

When we think of the term “churchyard” today, we might picture a quiet, green, orderly patch of ground surrounding a country chapel. That wasn’t the case at all at the height of the crisis. Bodies piled up whenever illnesses swept through cities, and there was little anyone could do about it. Some religious restrictions didn’t allow for cremation, while at the same time demanding a “proper burial” near a church.

It was clear that something had to change. 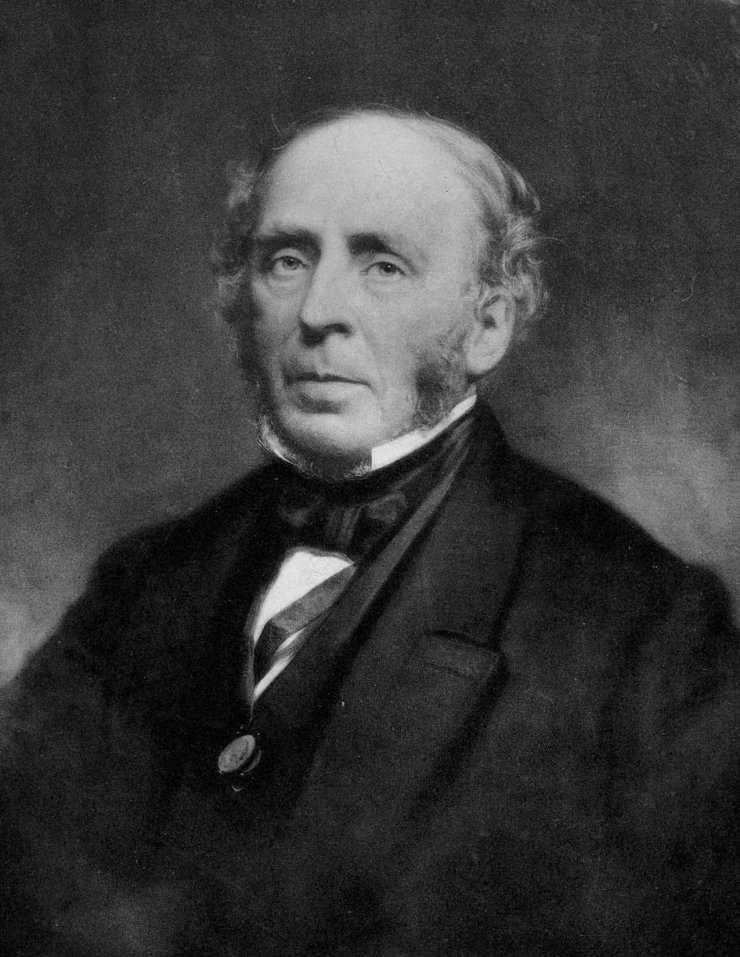 One man had a particularly troubling encounter with a Victorian Philadelphia churchyard. His name was John Jay Smith, and he was the founder of Laurel Hill Cemetery. Before that, however, he was simply a grieving father who had lost a child to illness. He buried his daughter in the Friends Burial Ground on Cherry Street, but was horrified to see the state of the place upon visiting her grave later on.

He kept a diary, and wrote a heart-wrenching story about the conditions of the place. The ground was upturned and muddy, open graves were flooded, and because so many graves were unmarked, he was obliged to count plots to find his daughter’s resting place. He later discovered that he’d been weeping over the grave of the wrong person. The cemetery was so overcrowded and poorly maintained, one couldn’t even be sure they were visiting the correct grave.

This experience made it clear to Smith that the current system wasn’t sustainable. He decided to establish a rural cemetery well outside the city limits. The site would be picturesque and landscaped, not muddy and in total disarray. It would be peaceful and green, not hectic and flooded. Graves would be well marked by magnificent sculpture, not left to wallow in obscurity.

In essence – everything would be different.

Working along with Frederick Brown, founder of the Philadelphia College of Pharmacy; Benjamin Richards, former mayor of Philadelphia; and Nathan Dunn, a businessman who bought the property for Laurel Hill, the four founders got to work on changing the way Philadelphians buried their dead.

How Were Burials Different in Laurel Hill?

In John Jay Smith’s diary, he writes more about his daughter’s gravesite at the Friends Burial Ground, and describes a scene wherein a relative of his is obliged to identify the exhumed body of Smith’s little girl, because the caretaker couldn’t be sure he’d opened the correct grave. Her grave had also been flooded, and Smith described the extreme unease he or anyone would feel about burying their loved ones in what basically amounts to watery pits.

In Laurel Hill (where Smith eventually moved his daughter) Smith envisioned landscaped grounds, well-tended walkways, scenic river overlooks, and plenty of tree cover. It would be a place people wanted to be, not a place full of foul odors and unsafe terrain.

Smith was Quaker, and his religion didn’t put much stock in marking the graves of the dead. Or, at least not marking them with anything other than a simple stone. Smith disagreed with his faith in this case. He felt small markers weren’t always an adequate representation of the grief felt by families, or the impression a deceased person could leave on the world.

Markers of all kinds were allowed at Laurel Hill, which is part of what makes this such a magnificent place to visit. Families with the means to do so could even commission a stately mausoleum, or an underground crypt.

Laurel Hill also made clever use of a Receiving Vault. This was a building meant to house the remains of the deceased until their grave space was ready. Before mechanized digging was available, it was nearly impossible to bury someone in frozen ground, so bodies would be placed in the receiving vault until such time as their graves could be dug by hand. In other cases, bodies were placed in the vault to await completion of a family mausoleum.

The receiving vault in the south section of the cemetery is still standing today, although it is no longer in use.

How is Laurel Hill Different from Modern Cemeteries?

Laurel Hill is unique in that it differed greatly from other burial options at the time of its founding, but it also differs quite a bit from modern cemeteries too. When wandering our grounds, you’ll notice that the gravestones are not in orderly lines. There are circles, ovals, winding roads, and headstones pointing in all directions. Some family lots have fencing or walls, and some do not. Victorian garden cemeteries were designed to highlight and enhance the natural beauty of the scenery, not so much to make it easy to find a specific headstone by walking straight rows.

Still, Laurel Hill technically is a modern cemetery, because we still have burials here. Not to the level we would have had in Victorian times, but people today are still choosing to spend eternity in our green garden.

And of course, not every cemetery offers a costumed 5K, a Halloween black-tie party, ghost hunting expeditions, concerts, and movie nights. Laurel Hill has been here for a long time, and as the world has changed around the cemetery, the cemetery has changed too.

One thing has always remained the same though – this place is for the living as well as for the dead. We welcome joggers, dog walkers, photographers, families, genealogists, historians, and anyone curious about what lies beyond our gatehouse.

If you’re interested in staying up to date on all our upcoming events, tours, and programs, please follow this link to sign up for our newsletter.